What are Classic Bluetooth and Bluetooth Low Energy or Bluetooth Smart

This article is only a small picture of Bluetooth technology knowledge. It contains information from (alphabetical order): Bluetooth SIG, Cambridge Silicon Radio, Cypress Semiconductor, Nordic Semiconductor, Texas Instruments and Wikipedia.
If you are inspired please learn more from those sources.

Once uppon a time...

… there was a king Harald Bluetooth… 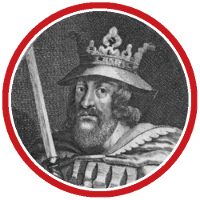 …but has been forgotten until now XXI century…

Development of the short radio link technology, later named Bluetooth, was initiated in 1989 by Nils Rydbeck, CTO at Ericsson Mobile in Lund, Sweden, and by Johan Ullman.
The name “Bluetooth” is an Anglicised version of the Scandinavian Blatand/Blatann (Old Norse blátonn), the epithet of the king Harald Bluetooth who united dissonant Danish tribes into a single kingdom.

The Bluetooth logo refers to the Harald’s initials. It is a bind rune merging the Younger Futhark runes Runic letter H (Hagall) and Runic letter B (Bjarkan).

And now bluetooth is managed by the Bluetooth Special Interest Group (SIG), which has more than 30,000 member companies.

Bluetooth operates in the globally unlicensed (but not unregulated) industrial, scientific and medical (ISM) 2.4 GHz short-range radio frequency band between 2400 and 2485 MHz. The band is divided into 80 channels (numbered from 0 to 79) each 1 MHz wide. There are two additional guard bands 2 MHz wide at the bottom end and 3.5 MHz wide at the top.
Range of Classic Bluetooth Devices depends from output power:

Bluetooth 2.0 + EDR
Released in 2004. EDR (Enhanced Data Rate) can provide a lower power consumption through a reduced duty cycle. Bitrate: up to 2,1 Mb/s

Bluetooth 3.0 + HS
Released on 21 April 2009. Bluetooth v3.0 + HS (High Speed) provides theoretical data transfer speeds of up to 24 Mbit/s.
The Bluetooth link is used for negotiation and setting up. The high data rate traffic is carried over a 802.11 wireless link (WLAN).

Bluetooth Smart (versions from 4.0 to 5)

Bluetooth 4.0 + LE
Bluetooth Smart Specification (Bluetooth Core Specification version 4.0) was released in June 2010 including Bluetooth Low Energy, Bluetooth High Speed and Bluetooth Classic protocols.
Bluetooth Low Energy is a subset of Bluetooth v4.0 with an entirely new protocol stack. The main advantage is ability to dramatically reducing devices power consumption.
As a result, battery powered devices with Bluetooth Low Energy chips can work even for years. For example average current consumes by BBMagic sensors is about microamps. So one 220mAh CR2032 coin battery can provide power to the sensor for hundreds thousands hours.

Bluetooth 4.2
It was released in 2014. Contains further software updates and introduces features for the Internet of Things.

Bluetooth 5
To keep it simple: It provides options that can up the speed to 2 Mbit/s burst at the expense of range.

Bluetooth Low Energy uses the same 2.4 GHz radio frequencies as ‘Old’ Classic Bluetooth. The whole band is divided into 40 channels. Three of them (marked red below) are using for advertising.

Unfortunately it is not backward-compatible with ‘Old’ Bluetooth protocol. The Bluetooth 4.0 specification permits devices to implement either or both of the LE and ‘Old’ Classic systems.